Yesterday I sat down with Brecht and Sergey to go over the main development topics, checking if we’re still on track and still have the big picture in mind. Because of the current workshop week we didn’t go over issues extensively with the artists, for that we’ll have plenty of time later. Here’s a short summary of what we discussed.

We’ll keep you posted, next week we can do an artists’ version of the above :)

The Kickoff Workshop is a lot of fun!

We did the filming today, and it turns out the team is made out of awesome actors! 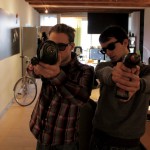 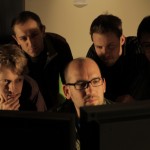 Little tour through the institute:
Team is working, Sergey is fixing bugs. 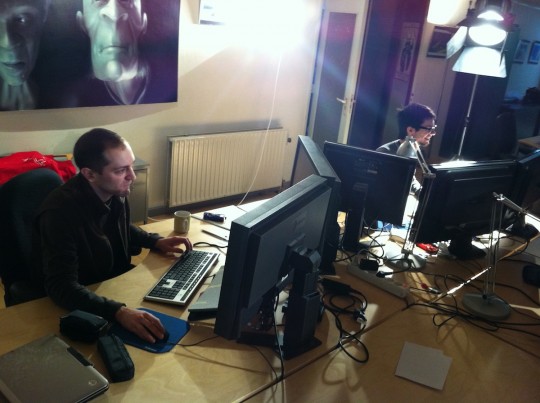 Bought this morning 4×500 watts halogens, and borrowed a huge theatre light from the neighbours. Right now I hear screams coming from the studio, probably they’re filming ;)

We started with a briefing at 10 AM and around 8 PM the mango team finished the animatic. Here are some photos and a short video. Tomorrow we will do the filming, so stay tuned! 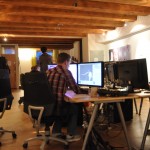 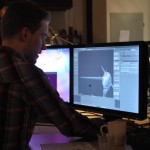 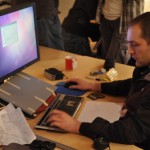 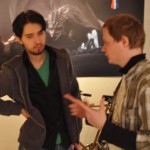 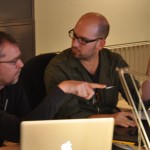 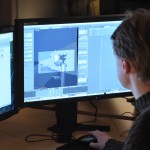 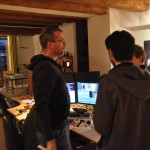 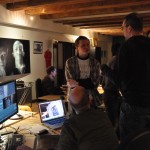 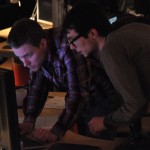 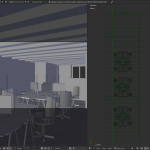 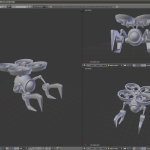 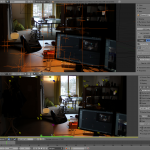 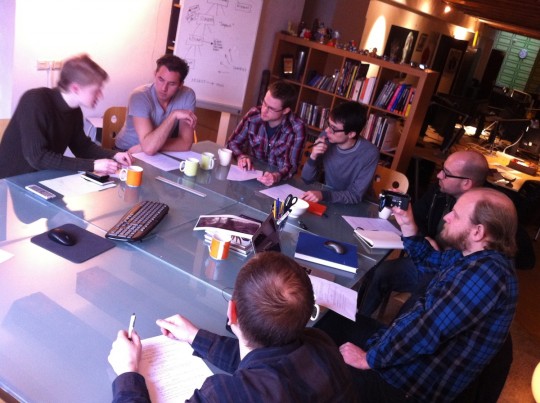 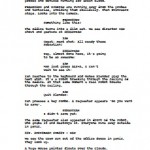 Monday morning, 10.00h. I delivered a script to the team, which they’ll have to turn into a short film within 5 days. Premiere will be here at 18.00h friday, on youtube an hour later! The process of making it will be shared as open as possible. So: here’s the script already linked to the right. Written by yours truly, playing here in the Blender Institute! By the end of the day it should become a full storyboard and shot breakdown.

Tony Mullen will be here filming to deliver a documentary making-of! 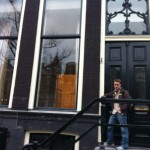 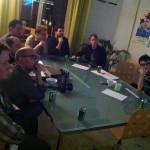 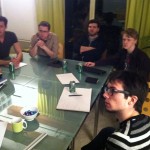 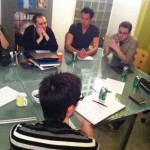 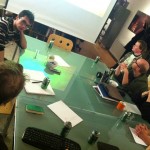 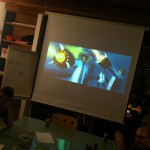 No blog updates? Unfortunately that means we have loads of fun together! It’s now sunday afternoon and it’s the first time in 2 days I can sit down a while and check the web and email and this blog! Here’s quick bullet point updates:

(BTW: it seems nobody is smiling at the pictures, but that’s a coincidence :) I’ve just done quick snapshots yesterday, didn’t want to miss a second).

Found on my desk this morning… 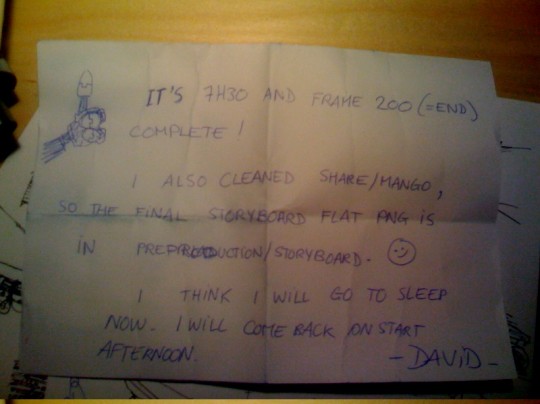 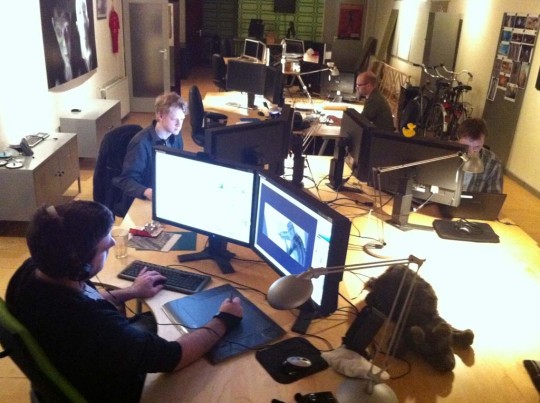 In a previous post people mentioned they’d hate it if we would give too much away here. I realize there’s a certain level of fun getting a surprise when you watch a film. However, this is also a making-of blog… so how will we balance sharing here? Here’s a couple of suggestions to promote more openess for Mango than previously for Durian/Peach/Orange.

If we want help from the outside world again, we should be able to talk about what we’re making, right? For example, we can really use help with props again (real ones and cg ones).We will have complicated vfx challenges to tackle as well – not only in smoke/fire sim and with fracture. Discussions and reviews – what to film in a studio, what to do on a film set in town, and what we’ll rely on to do “in post”- would be great to share here with an audience too.

We are going to talk to the costume designer, there’s going to be a casting stage – and we’d like to introduce the characters here – and we’ll do filming on public locations (and will also allow visitors on the set). We will be doing storyboading, animatics, test renders, experiments… if we have to think twice before sharing anything the threshold for posting here will get higher and it’ll result in only very few posts.

I think that a higher level of openess here will also work very well for the team. During Sintel, the quite critical blog following we had was often spoiling the fun and interest to post here. We should be able to post unfinished work-in-progress here without immediately getting flooded with (constructive but) negative reactions. I think that can best be tackled by posting much more, allowing followers here to track actual progress and get involved in the process that way.

4) Process of film making is coolest thing ever!

The process of making a film is much (much!) more rewarding than watching it; even when you can only witness it from the outside. Also when you already know everything (like me), it is stil a mystery how the film will actually look or work in 6 months from now. This is a gradual process of small steps during a long period… and actually we only know if it works in front of an audience in a theatre!  Further, even though I’ve seen ED, BBB and Sintel like a 1000 times, I can still enjoy watching it. Having seen it grow and come to existence only makes watching it more interesting. Every time.

Realize that you already knew the story of a lot of movies you’ve enjoyed. Lord of the Rings, Titanic, TinTin, etc. Did it spoil the fun? Wasn’t it much cooler to watch how the filmmakers solved things in the end?

Anyway! Feedback welcome :) The team will be arriving today and tomorrow, and after next week we should together make a good decision on what to keep hidden, and what to share. Personally I think we could share much more than we did for Sintel. Just not the final edit and script itself.

Just outside the Oude Kerk in Amsterdam is a small bridge where the key break-up scene happened in the past. Scientists have been constructing a gigantic dome and a lot of equipment around it to ensure they can reconstruct the past there perfectly… or is it a time machine? Image by David Revoy!