Only a few days before the rest of the team starts flying in!

Our biggest goal right now; storyboarding EVERYTHING! It’s my first time using a tablet for any sort of extended period of time, and it’s really growing on me. I’d only ever used the 3X4” bamboo deals before, and having a larger pad definitely makes a difference. David Revoy set up his ideal drawing system on my machine, and MyPaint is proving to be a powerful ally. The current storyboard is clocking in at about 175 images so far- though in a lot of cases one shot is represented by several storyboards.

I’m doing the quick-n-dirty storyboards of everything, then David is going over some of the more complex/ambiguous frames and clarifying some of my scribbles.

END_OF_DOCUMENT_TOKEN_TO_BE_REPLACED

Yesterday Ian signed off the script as final! This means no further changes happen unless he gets the full team (or me at least) to support it.

He’s been rewriting scenes a couple of times, shuffling events around, adding/removing characters and playing with a lot of angles for telling this short story in the best way. I really like it how Ian now focused on filming a relative compact event, with a group of cool characters doing really fun stuff, with a lot of cinematic & design challenges!

But don’t worry, it’s still about a really crazy breakup in Amsterdam, causing the future to go haywire with robots. We’ll update you guys on this here soon as well, but I think it’s fair to first go over it with the team itself.

A final script also means we can start-up the casting process: the current script has 2 young characters (late teens), and five older characters in the future (warriors and scientists) and a bunch of extras. We also will target at getting our locations (around Oude Kerk, Amsterdam) arranged.

This Friday and Saturday the rest of team will arrive: Kjartan, Francesco, Nicolo, Sergey and Sebastian. (Jeremy will arrive March 13). We will do a final presentation of story/artwork/storyboards here Saturday 1700h! Sunday is day off, on Monday we’ll start a 5-day workshop – meant to deliver a short film as proof-of-team-spirit by friday 17h. Stay tuned! 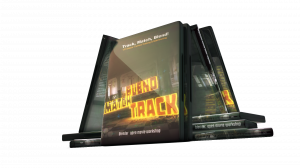 Sebastian Koenig – our masterful 3d camera and motion tracker – is currently finishing a new training DVD for the Blender store. It has been written with a general audience in mind – also filmers with no real experience with Blender should be able to learn how to track and match. And blend!

As usual for Blender Open Movie Workshop titles, all the content will be free to share and spread as CC-by, and all revenues will help out realizing Blender Foundation projects. Like this movie :)

Here are the tips and rules I set for my storyboard workflow on the Mango project. For the past project Sintel, I decided to make it on traditional ( each frame drawed on paper ), but as the tools get betters 3 years after, I decided to go with digital storyboarding for this new project. I used Krita 2.4  ( last version,  compiled from fresh sources ) as my main tool.  Krita’s features presented here are really recent for some and were done on purpose to boost this workflow. But lets starts for now with the spec I use :

END_OF_DOCUMENT_TOKEN_TO_BE_REPLACED

A technical test, using 4k footage from real Amsterdam, tracked, integrated with some cg elements, all rendered in Cycles. 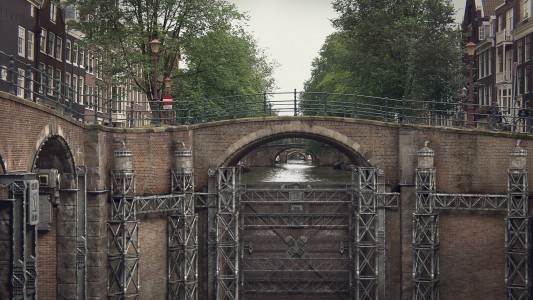 Of course being a test, we focused on some aspects and moved quickly on to others, so the modeling is a real simple kit-bashing, but still, kits are incredibly useful and a lot can be done with a small number of beam/girder/truss modules.

These use materials similar to the greeble objects in an earlier post, but even simpler: no AO bake, just an image with various B/W gradients, then each piece is UV mapped on one of those to set rusty/shiny parts, then tileable textures using a cube map projection.

END_OF_DOCUMENT_TOKEN_TO_BE_REPLACED 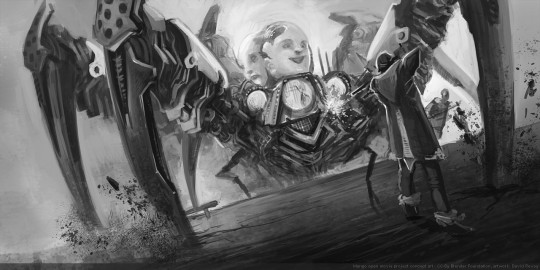 Another concept idea done yesterday we will probably not use, scripts changes are going better and better.
Thanks for the comments on previous drawings :)

It was too hard to finish the storyboard the day before yesterday as we promised: we were fixing the script and the concept-arts while too many new ideas were incoming. But as our pre-production period allow us still around 10 days remaining we decided to take time and enhance all what we can.  It’s amazing to work with Ian and we have a very high creative period in Amsterdam now. 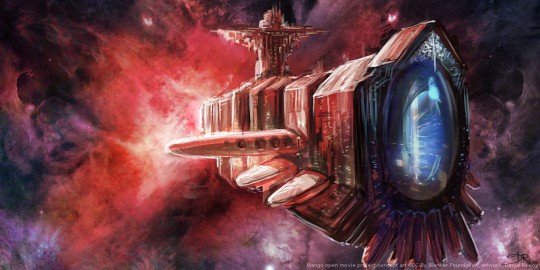 Also, this is a perfect time to blog-post older concept-arts. This are ideas we will probably never use; but this not mean they are ‘dead’ concept;  if you look for free CC-By concept-art, feel free to give them a try for your own 3D models. I would be happy to see them have a 3D life.

END_OF_DOCUMENT_TOKEN_TO_BE_REPLACED

Today meeting with Joris Kerbosch (Director of Photography) and Ian. We went extensively over the script (“Ian, what’s this film about, for real?”), and already discussed plenty of practical filming issues – Joris brings in so much experience! Joris also had his wishlist of important people to add to his crew. On the top of his list: the Focus Puller!

Me: “So… eh, focal pulling can’t be done by some local monkey?”

Ok… now I’ve learned that there’s much less good focus pullers than decent DP’s around. He’ll not only “keep things in focus” but will be operating the camera itself in general; with Joris also running around to work with gaffers (light) and grips (cranes, dollies). Assuming we can find all of these… luckily there’s Rob Tuytel – our Film Academy connection!

Joris and Ian will be meeting next week again to visit some locations in town. I can only give Joris final answers on crews in 2 weeks… when we know a bit more about final budgets.

So we decided that, unlike Sintel, we’re not going to wait to post blog updates until we have things like, “Good Reasons”- we’re gonna post whatever, just to keep you guys in the loop, and show you what’s really going on. We’re not going to be nearly as worried about secrecy (that said, we’re also probably not going to bend over backwards showing you everything :P).

This is good news for me, because otherwise the concept of frequent blog post ‘presentations’ to the blender community would be totally exhausting/intimidating!

END_OF_DOCUMENT_TOKEN_TO_BE_REPLACED

My first day working in the institute is finished! This morning I finished polishing up the next draft of the script. I’d been chewing on the first version for a while, and realized it suffered from being spread a bit too thin, and dramatically detached (non of the stakes directly affected the main characters). It seems like the best changes are always obvious in retrospect (‘does the protagonist have a ‘motivation’?’) I consolidated the scenes to take place in only two locations, and brought the antagonist into the same scene as the protagonists, and the story is now a lot stronger!