The day after – hangover day for the people with bad habits (like me). It’s been a blast! The film screening was great – last minute grading was surprisingly good, even while watching it on a regular projector (the DCP failed). We had a wonderful participative audience, laughing and cheering for us. Can’t have it better! After the film we had a load of fun with the film team, the actors, the blenderheads & fans, and of course the entire Mango crew! Oh, and I only had 1 complaint about the script sofar! We’re improving :)

I’ve had so much fun that I only took very few pictures… during dinner and at 2 AM when I left a nightclub. (Excuse me; I had to be up early to bring Roman to the airport! We’ll post more impressions of the premiere here soon. 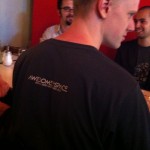 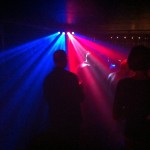 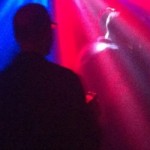 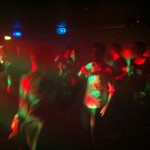 (Image1:During dinner, Ian with his cool tee, Scott and Joram in back. Image2: Sebastian and Heike on the dance floor. Image3: Ian, Scott, Sebastian, Heike… Nicolo + gf should be hiding somewhere too. :)