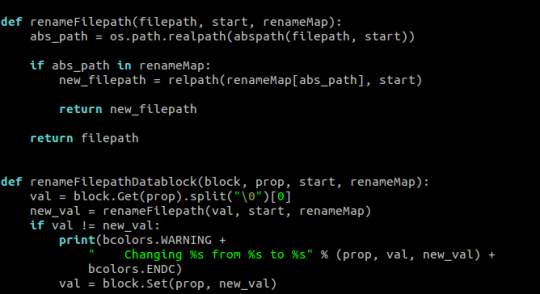 Just wanted to share one script which might be useful for almost everyone (and after some further improvements for everyone :)

This script checks which files in svn repository were moved/renamed using `svn mv` command and updates paths used by data blocks in all blend files from this repository preventing “dead links” and manual work to repair all this stuff.

How to use it: simply rename/move needed files using `svn mv` command and before commit run the script.

This script is using small python library which read/writes .blend files which was written by Jeroen Bakker for blender aid project.

So, here’s the script: updateLibraries

Have a nice day!