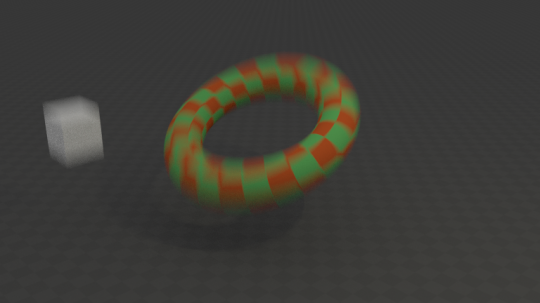 Volumetrics should be a target for 2.65, so the release after the one we’re working on now. There’s already a developer who has patches to add volumetrics to Cycles, we’ll need to review the design and add support for rendering smoke and point cloud datasets. Currently volumetrics are being rendered with Blender Internal, and probably in production they end up in separate layers anyway, but it’s not very convenient to mix render engines and have to switch back and forth.

The idea for the contribution pass is that’s it’s like the only shadow material in Blender Internal, but more flexible and interacting with indirect light, to help compositing objects into footage. How this will work exactly is unsure still.

Everything else is related to optimizing performance in one way or another, either by making things simply render faster, reducing noise levels or adding tricks to avoid noise. Baking light to textures for static backgrounds may be added too, but if at all possible I’d like to avoid this. Most of the optimizations we are looking at will be CPU only, on the GPU there’s not as much that we can do due to hardware restrictions. Some directions we will look in:

Hopefully these changes together with careful scene setups will be sufficient to keep render times within reason, but beyond that we can still look at things like irradiance caching or other caching type tricks. I hope to avoid these because they don’t extend to glossy reflections well, I’d like to try to keep things unbiased-ish, it seems to be the direction many render engines are moving in, and it’s easier to control, maintain and parallelize over many cores.
Tweet