We have this light table at the institute that’s big and bulky and industrial looking, and would be perfect sitting in the control center. We’re looking to make a cool map of the location we could print out and have on the light table as a bit of set dressing (and okay, I admit, maybe use as a rad poster).

Is that something any of you would be interested in making? I know there are probably some blueprint or map buffs out there. It doesn’t have to be super precise- just has to look legitimate. Vaguely retro. I don’t know if there’d ever be a specific shot of it in the film, but at any rate, when you’re filming as high res as we are, no detail goes unnoticed!*

We’d need it in a few days, so we could make sure to get it printed before the shoot!

If you’re giving it a shot, say so in the comments! No sense wasting folk’s time having multiple folks making the same thing.  And for those wondering, we’ll have an actual modelling sprint type deal at some point, I suspect- this is just to get ready for the shoot!

Here’s a link to a zip file of reference images. 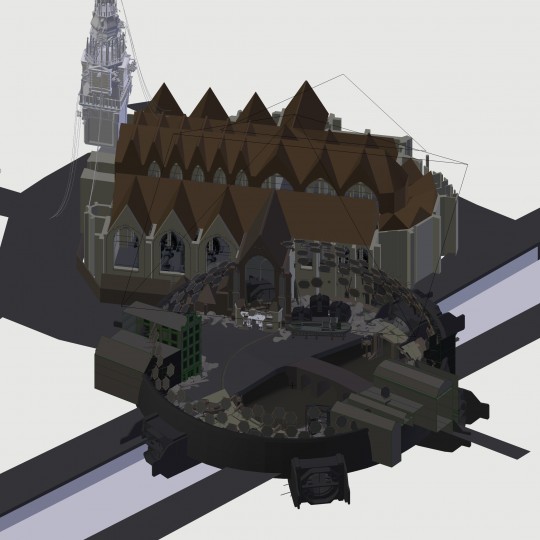